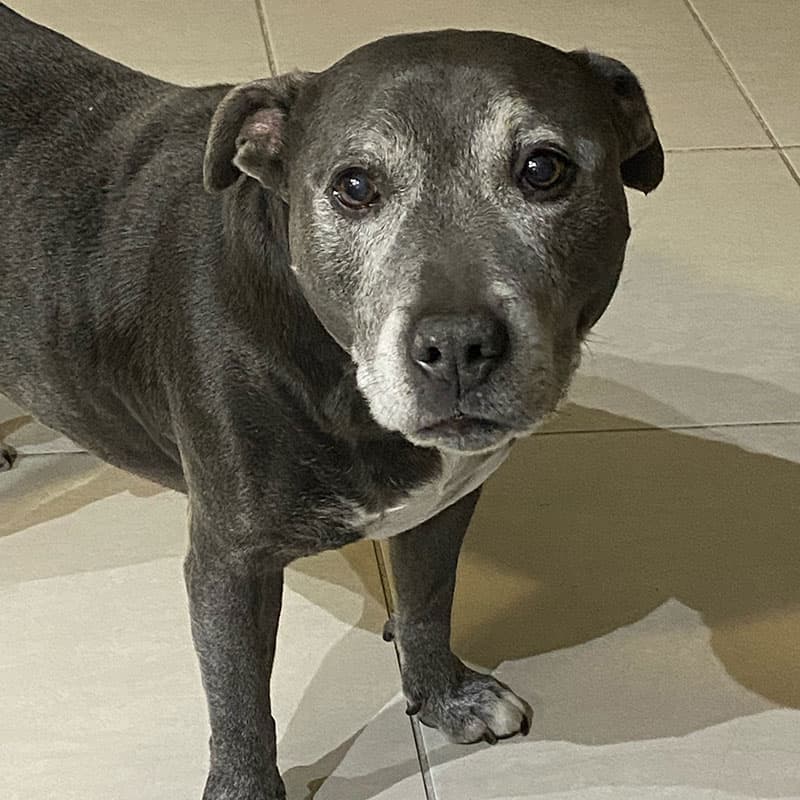 Back in December 2020 our boy Bronson became really unwell, he was refusing to eat (and for a Staffy that’s almost unheard of) and having lost our last Staffy to cancer (he also went off his food quickly) we though the worst. We took him to see Dr John at Jacobs Well Vets when he refused to eat or drink for 2 days.

Bronson had been on a premium dry food diet since he was pup and seemed to love his food, but for the 12 months leading up to December 2020 he became lethargic and his joints were becoming stiff, he would yelp when he jumped up and he just generally became a “laze around” dog, which was entirely out of character for him. Enter Dr John, we ran some bloods and established quite quickly that we were basically killing our boy with the best dry food money could buy, his gut health was just a mess and so were his bloods.

Dr John explained the benefits of a raw food diet to my wife & I, and whilst we were sceptical that his diet could be having such a dramatic and relatively sudden impact on his health, we agreed to make the changes that Dr John recommended.  We started Bronson a herbal supplement that Dr John prescribed to work on his gut health and some short term medications just to balance his bloods up while at the same time weaning him off the dry food and onto a raw food diet.

Within a matter of days Bronson was devouring his food and we could feel our old Bronson returning, it was truly quite amazing.  Bronson’s new diet consisted of roast pumpkin, sweet potato, and carrots, and for the greens he had peas, broccoli and Brussel sprouts (all steamed), for his meat he had either chicken necks or diced beef.  Sure it takes us a bit of time to prep his food, but we make 2 weeks at a time and freeze the meal portions ready to go. We also add to his raw food diet “Wellbeing Essentials Complete 22” for Dogs, it gives him back all the other vitamins and minerals that the raw food diet doesn’t contain.

Within 3-4 weeks our boy was his youthful self again, he was full of energy, didn’t yelp when he jumped, and was absolutely loving his food again, and a little over two years on now, he’s a picture of health at 11 years young, and he will never see another bowl of dry food in his lifetime. 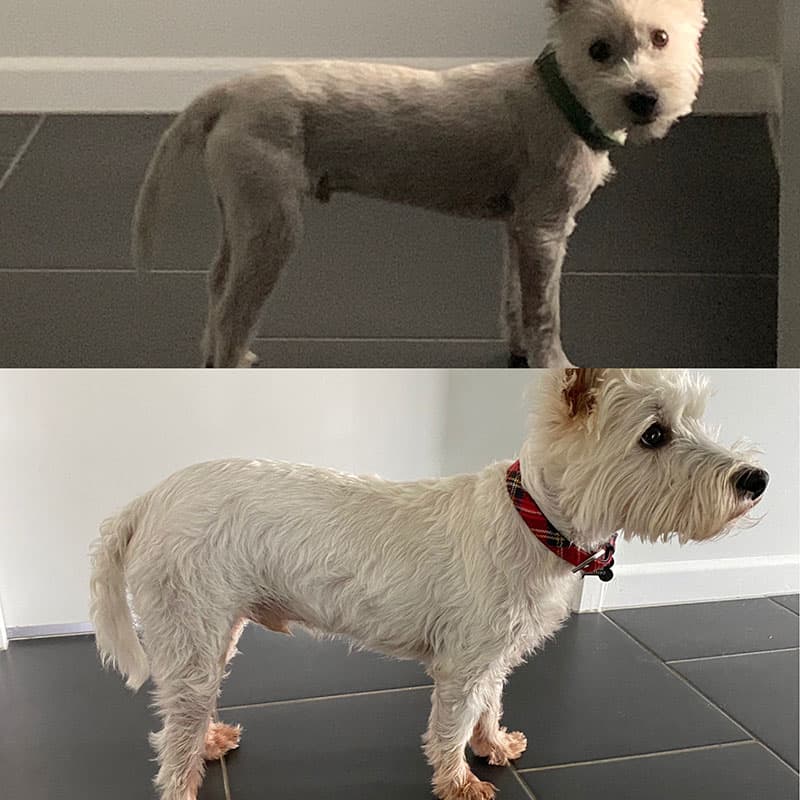 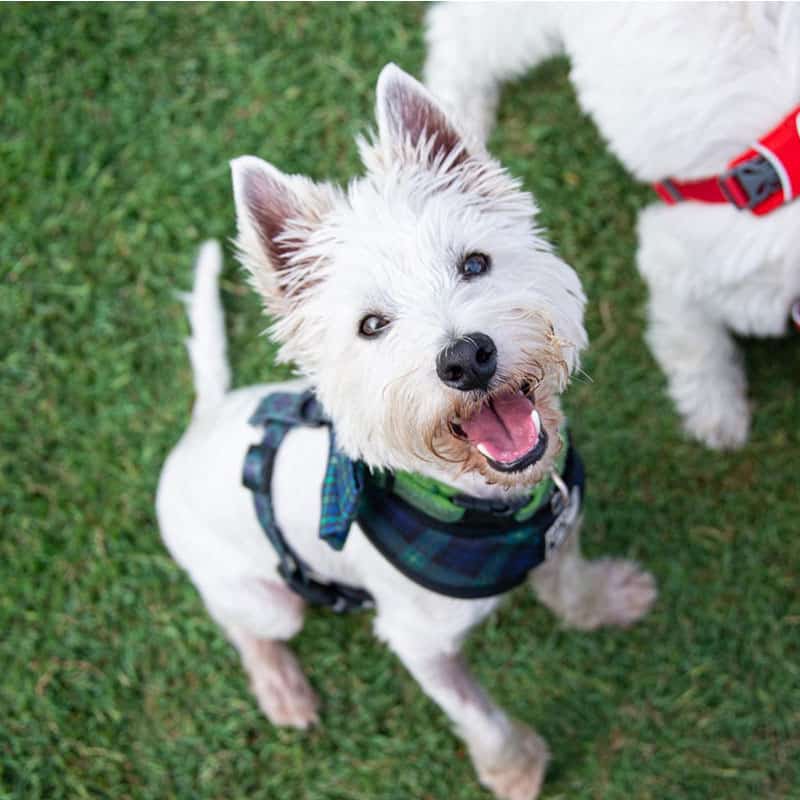 These two photos were taken 14 months apart. To say the last 18 months have been a challenge is an understatement, there’s been tears, frustrations and heartbreak at the unbridled desired to just ensure our little boy is healthy, happy and comfortable.

Walter is a highly sensitive dog. He started to flare up at around 7 months old and it was quick and severe. We went to our previous vets and were then referred to a dermatologist both of which only offered us Band-Aid solutions to cover the symptoms and not the cause. Our poor boy was severely underweight and his entire body was covered in fungal, bacterial and yeast infection. He was miserable.

Then we were referred to Dr John Ryan! Who offered us options that dove into finding a solution for the cause not just the symptoms. Dr John was totally upfront on the process and what was required he talked to us in plain English and offered us endless support for our shared goal of Walter being a happy healthy little boy.

Through testing we found out that Walter has massive food and environmental allergies. The top photos is him at 14 months old. He was only 4.6kgs and a walking skeleton – his body was so inflamed and crusty and he was miserable and not matter how much we fed him his body would not gain weight. When we cuddled him all we felt was bones.

Dr John and the team worked so hard with us (honestly we are waiting for our own seat to be put in with all the time we have spent there) but the visits are now further apart we have a happy, healthy little boy who is just shy of 7kgs and his skin is a beautiful shade of baby pink!!! We are so thankful for the love and support we have had from the entire team at Jacobs Creek Vet and can never thank them enough!

We couldn’t be happier with his progress ❤️“ 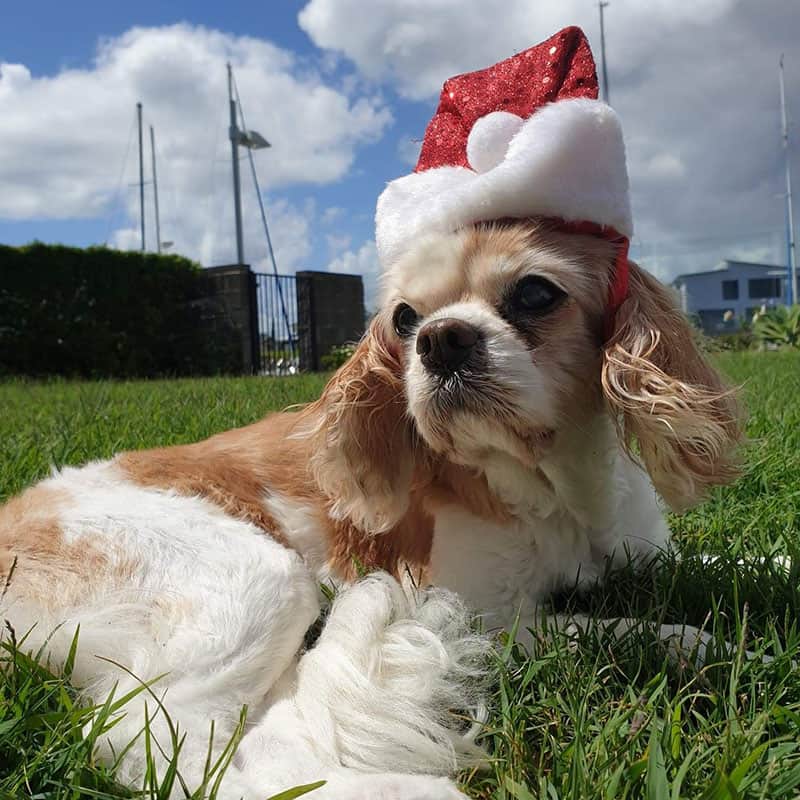 We met Lucy when she was born on 6th March, 2005 and only a few hours old, we instantly fell in love.

Now at 17, she is our little miracle pooch. Lucy’s greatest love in life is food (particularly sirloin steak) and is a dog that has never been afraid of anything, a true adventurer and a free spirit.

Lucy has endured a heart murmur, grass stuck up nose, seizures and a few mystery illnesses here and there – Dr John Ryan and team have provided the most amazing care and love for our little Lucy.

At Jacobs Well Veterinary Surgery, your pet will receive the best possible treatment and care.
"Where they are treated like the people they are!"

Consultations are by appointment - contact us to make a booking.