There are approximately three thousand species of snakes in the world with less than five hundred venomous species. Australia is home to the ten most venomous snakes in the world.
In Jacobs Well and Pimpama you can encounter a range of venomous and non-venomous snakes. Common non-venomous species include Carpet Snakes and Green Tree Snakes. Venomous snakes include the Eastern (Common) Brown Snake and Red Bellied Black Snake.
Our experience is that most bites at Jacobs Well are from the Eastern Brown Snake. This daytime hunter is the second most toxic land snake in the world. Their diet is mainly rats and mice, so sugar cane fields are ideal homes.

What to do if you encounter a snake?
If you find your pet in contact with a snake, especially a venomous one, it is best to avoid distracting your pet. Once the encounter is over, veterinary assistance should be obtained. If possible, the snake should be recovered for identification purposes.
Snake identification can be a complex matter since size and colour can vary markedly. Identification using scale charts provides the most accurate means of snake identification. The Eastern Brown snake often has an olive-brown top, with cream belly covered in orange spots. The head is indistinct from the neck. Colours can vary from off white to nearly black, with and without numerous bands along the body of juvenile stages. Banded forms can take three years to reach adult colouration.

Diagnosis of snakebite
Diagnosis of brown snake bite is straightforward when the snake has been seen. When the snake encounter has not been, it can be difficult since brown snake bites have immediate and delayed effects. Most snakebites occur during the breeding season September-April.
Immediate effects include drooling, vomiting, and staggering. Recovery from this stage can be rapid. Clotting defects come next with paralysis occurring 3-18 hours later. Some snakes can produce heart and kidney toxins as well. Immediate death from heart attack is rare with brown snake bites.
Adult Eastern Brown has small fangs less than 3 mm long. Bite sites are more likely to be scratch marks than two distinct puncture wounds.
History, clinical signs and laboratory tests such as Activated clotting time (ACT) are routinely performed to determine if snakebite has occurred, and to guide the type and quantity of treatment required.
Snake Venom Detection Kits (SVDK) are widely used in human bite cases to determine what type of snake venom, if any, is present. They are expensive and slow to run, being held mainly by referral labs. 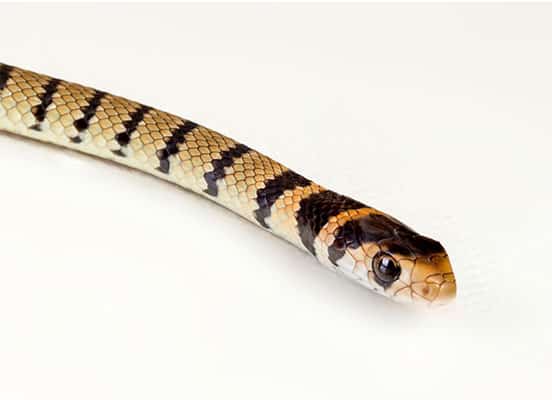 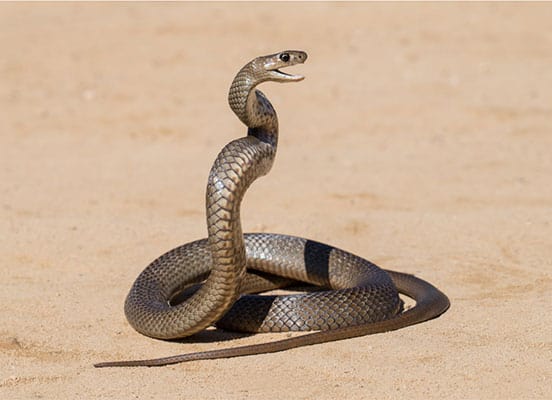 Treatment of snakebite
Snake antivenene is the treatment of choice for all bite victims showing signs of envenomation. This horse-derived product neutralizes circulating venom – the earlier a bite victim is seen, the less antivenene may be needed. One ampoule of antivenene reverses the toxin from the average snake bite. In veterinary medicine, with cost constraints, animals are normally given one ampoule. In human medicine, patients are given 2-4 ampoules as a starting dose.
Antivenene is administered diluted in intravenous fluids for rapid effect. Allergic reaction is always a possibility. Animals with severe paralysis may need additional antivenene, oxygen therapy, antibiotics, tetanus prophylaxis and referral for breathing support. Clotting problems may require more antivenene or plasma transfusions.

At Jacobs Well Veterinary Surgery, your pet will receive the best possible treatment and care.
"Where they are treated like the people they are!"

Consultations are by appointment - contact us to make a booking.